As HallOUween (Ohio University’s Halloween Block Party) is quickly approaching, I’ve been wondering what Halloween is like in the Middle East and if it is even allowed.

Halloween started out as a pagan holiday in Ireland, known as the Celtic Festival of Samhain, which was observed on October 31st. It was said that, “the souls of the dead were supposed to revisit their homes on this day.” However, Irish Catholics brought the celebration of Halloween (the Christian “All Hallows’ Eve”) to the United States and it started to become popular during the twentieth century.

In the Middle East, the majority of the communities do not participate in Halloween, unless they are a foreginer or are living in an expat community. However, they do have their own versions of Halloween that has traditional roots.

Israel: In the Jewish community, Orthodox families typically do not participate in Halloween. However, less observant Jews have started to embrace the holiday. Some families feel that since historically “Halloween has been a time when Gentiles once tormented Jews” it is not right for them to participate in such a holiday. In short, Halloween is not celebrated in Israel, but according to the Travel the Middle East blog, “clubs and bars host special events and costume contests, just like residents throw house parties and some even go trick-or-treating in certain neighborhoods all throughout Israel.”

In the Jewish holiday, Purim, Jews celebrate the time when the Jewish people in Persia were saved from extermination. Purim is celebrated on the 14th day of Adar, which usually falls in March. Children dress up and exchange gifts and treats. They go around to the houses, but instead of asking for candy, they visit the ill and the aged. The bring gifts of food and drink and collect money for the needy on this day.

Lebanon, Syria, Jordan and Palestine: In Arab Christian countries, Halloween is celebrated on December 4th. However, it goes by another name, Eid il-Burbara, or Saint Barbara’s day. It is said that when St. Barbara’s father found out that she was Christian he struck her with a sword and she ran away from him. While hiding in the hills she disguised herself in many different characters to elude the Romans who were persecuting her. She became a martyr who was tortured and then beheaded by her own father. Children dress up, go trick-or-treating and even make jack-o-lanterns.

Persian Gulf (Saudi Arabia, UAE, Oman, Qatar, Bahrain and Kuwait): In the Persian Gulf, they celebrate a day similar to Halloween called Qarqe’an. Children do not dress up, but grab their bags and knock on the neighborhood doors singing traditional songs to get candies, sweets and nuts (similar to the tradition of trick-or-treating). The songs intention is to call on Allah to bless the youngest child of the family and to keep him or her healthy. This tradition occurs in the middle of Ramadan, usually between the 13th and 15th. “In modern times, young parents start to create a small packages of Qarge’an and give them away to their family members and friend and ask for bless their child.” (source) 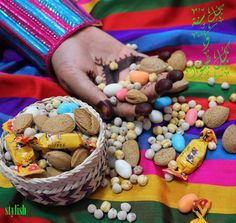 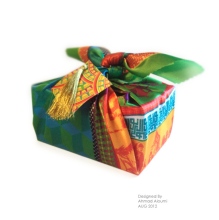 Egypt: Egypt has a bit of a different story. Halloween is not celebrated at all and there is no other celebration for it. However, in Cairo, where the majority of foreigners live, Halloween parties are still common and a big part of the party scene. You will see parties here similar to what we have in the United States. It is important to remember though, that the VAST majority of the population that celebrates Halloween in Egypt live in the neighborhoods of Zamalek & Maadi in Cairo. This is not common for the rest of Egypt. Halloween for them is just another day. (source)

As you can see actual Halloween (the Pagan/Christian holiday) is not widely celebrated in the Middle East, but they have other Halloween-like holidays that celebrate things traditional in their own cultures. Overall, it is really cool to see that dressing up and trick-or-treating is not just a westernized tradition, but one for much of the world.

30 thoughts on “Halloween in the Middle East”